__Life-like Governance__ is the most fundamental pattern when considering governance, which in turn is the most important consideration when designing any system that will have impact on human or other natural systems. 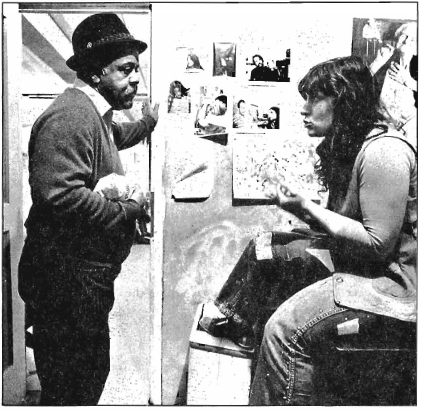 ﻿... this story helps us see how Voluntarist Organisations can be Viable Systems without drowning in red-tape or ossifying prematurely. It helps us understand and develop Appropriate Democratics in particular contexts

THE STORY: We work to ensure that governance structures of organisations we engage with feel 'life-like'.

Organisational structure is almost always incidental to the reasons we engage with those organisations.

This is unsurprising in organisations conceived of as 'conditioned hierarchies' - but our engagement with these is rarely fully voluntary.

When we are talking about voluntarist organisations, though, this reality can come as a surprise.

Typically such organisations have engaged to some degree or another in conscious co-design of the governance structure - even if that choice has been to reject all structure - so that it can come as a shock when it becomes clear that some policy or other, despite having been crafted on the basis of deep engagement and investment of time and energy, turns out to have little purchase.

Such lack of purchase is sometimes trivial - as when some rule is widely ignored in favour of an accepted yet undocumented social practice. It is much more serious when the social realities around some destabilising controversy turns out to be so strong that agreed procedures cannot contain them.

While the former may seem harmless enough, while the latter can rapidly become an existential threat, the existence of trivial examples makes it likely that the governance creation mechanics of the group is out of kilter with the real life of the group. If this is true of minor issues, then it highly likely that it will be more true of more serious issues.

To be clear, the serious risk is this; that if an organisation has achieved any level of viability, it is highly likely that this will be on the basis of some members having invested their identity to some degree in its continued viability. In the case that some significant controversy occurs, and further, it is discovered that the official governance structures cannot contain the social reality of that controversy - the organisation is likely to either fail, or split into factions - typically those who wish to stick with/refine the official structures, and those whose reality does not fit those structures.

Repeated observation and experience of this dynamic is fairly widespread among people who have engaged - and leads to significant burn-out.

Since people who will put significant energy into such attempts typically also have some level of belief that organisational culture along these lines is more or less necessary for the institution of more equitable and sustainable human culture, these failures, this burnout, must be significant concerns.

It is all too clear that this gives rise to increasing numbers of people who retreat from whole-hearted engagement, or who condition engagement on the basis of past suffering.

This Story proposes that we require of governance structures that they 'feel like life'.

That each and any proposal about a governance structure is judged firstly for its life-like character.

This is not suggested as any sort of a magical mirror test;

*Mirror, mirror, on the wall,* *Which is the most life-like of them all?"*

.. indeed, it deliberately is NOT such a test. The point of using 'life' as the watchword introduces, potentially, every and any consideration.

What is suggested, though, is that active and conscious participants who are vitally interested in the viability and capacity of an organisation they are working with will be able to use the idea of 'life-like-ness' constructively and contextually to condition debate - and very often, in the direction of simplicity, of 'minimal viable structure'.

THE TAKE-AWAY: Consider the governance structure of voluntarist organisations as living structures - consisting only of such elements are vitally necessary to enable it to do what it does today, while retaining capacity to react and develop into what it might become in the future, and that such elements operate in the loosest, most flexible, adaptable manner consistent with effectiveness.

Develop, individually and collectively, stories about what 'life-like' feels like; how it maintains its identity, how it interacts, how it develops, how it retains its capacity to change

﻿Initially, develop all aspects of the organisation as simple Pattern Stories. Keep these as fluid as practical, in the mode of Minimal Viable Definition. As formalisations become needed, use Story Based Governance to ensure that the formalisation is always the servant of the Story. ﻿One approach that helps to keep this Story alive is Managed Recursion - perhaps using Stories like the Federation of Crews.